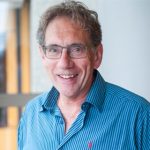 With support of the NADP Lead Development Voucher, we have conducted experiments on the safety, biodistribution and effectiveness of a snake peptide in mice with a severe Klebsiella pneumoniae thigh muscle infection. Meanwhile in the investigation completed. This showed that the peptide is very effective against the infection if it was injected simultaneously with the bacteria. Unfortunately, no antibacterial effectiveness of the peptide was observed when the peptide was administered by the intravenous route. Although the half-life of the peptide in the circulation has not yet been determined, it appears that the peptide is rapidly removed from the circulation, which has prevented a sufficient build-up of the peptide concentration in the infected thigh muscle. We want to tackle this problem by developing a suitable nanoformulation of the snake peptide within a project subsidized by NWO-TTW (NACTAR). Various prototypes of nanoformulations for the snake peptide are currently being developed and tested. Research has continued with development and testing of nanoformulations of the peptide, and recently a grant from NWO-AES (€500K) has been awarded. A patent has been filed by LUMC and Leiden University.