The 2nd AMR Benchmark report will go live on Tuesday 21 January. It will give a reality check on how the biggest players in anti-infectives markets are responding to drug resistance and access challenges. After launch, the research will first be presented in a dedicated session at the 2020 WEF Annual Meeting in Davos.

“To control drug resistance, pharma companies first need to stay in the game. The AMR Benchmark looks at the biggest players still making antibacterials and antifungals and addresses whether they are resilient enough for the tough market conditions.” – Jayasree K. Iyer, Executive Director, Access to Medicine Foundation

During the WEF Annual Meeting, the Benchmark will be presented on Thursday 23 January in an Affiliated Session titled “Securing the Future of Healthcare Through Access to New and Essential Antibiotics: The 2020 Antimicrobial Resistance Benchmark.”  The focus will be on revitalising the infrastructure for developing and deploying antibiotics to reach more patients around the world.

Registered participants of the WEF Annual Meeting can use TopLink to join the meeting. If you don’t have a badge for the Annual Meeting, but plan to be in Davos, please get in touch with Damiano de Felice to access to the session. 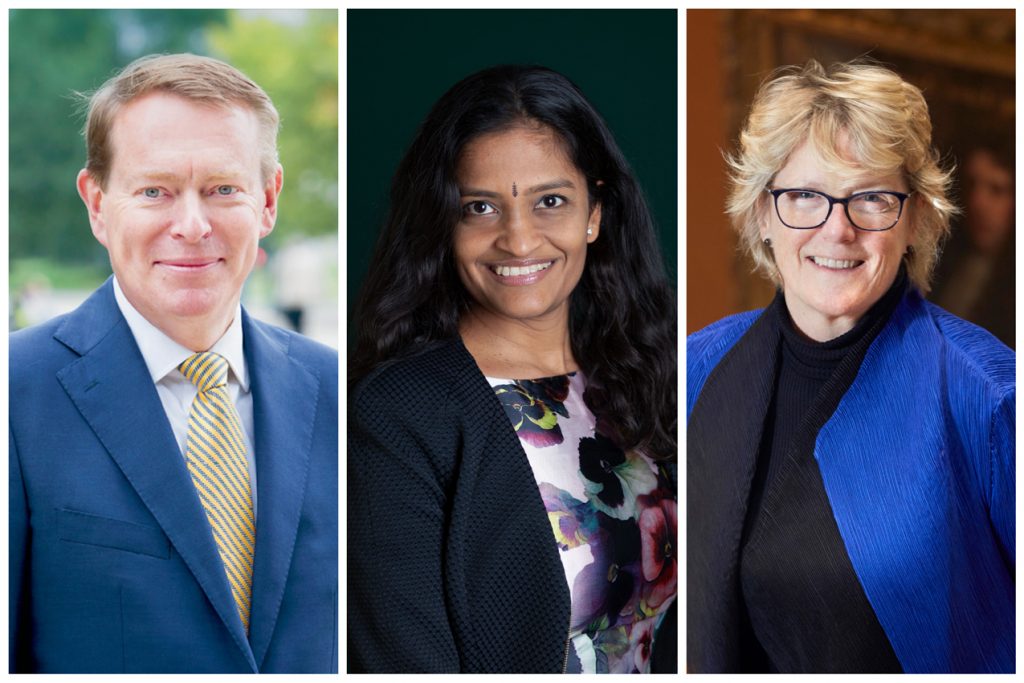 The 2020 Antimicrobial Resistance Benchmark will be presented at the 2020 WEF Annual Meeting in Davos on the 23 January at a dedicated session opened by Dutch Minister for Medical Care, Mr Bruno Bruins. The session will be moderated by Dame Sally Davies, UK Special Envoy on AMR and co-convener of the UN Interagency Coordination Group on AMR, and joined by Jayasree K. Iyer, Executive Director, Access to Medicine Foundation.

Also, on 28 and 29 January, the Access to Medicine Foundation will host online investor events to present the results of the 2020 AMR Benchmark, and provide an introduction to the materiality of AMR for the pharmaceutical industry. As part of it’s company engagement programme for 2020, the Foundation will convene one-on-one Evaluation Sessions with the companies evaluated in the Benchmark. These will use the specific opportunities identified in the Benchmark as a jumping off point for discussions about how each company can do more to limit AMR.

What will the Benchmark report cover?

The Antimicrobial Resistance Benchmark is an independent report that tracks how key players in the pharmaceutical industry are responding to AMR. To help bring AMR under control, the role for pharmaceutical companies is clear: to develop new medicines to replace ones that no longer work, make them available and accessible to those who need them, and find new ways to ensure antibiotics are produced and promoted responsibly. But there are few incentives for pharmaceutical companies to commit to anti-infectives markets.

The 30 companies evaluated by the Benchmark have more than 1,500 antibacterial or antifungal medicines or vaccines on the market. Increasing access to these products remains a top public health priority, as many more people die from lack of access to treatment than die from resistance. 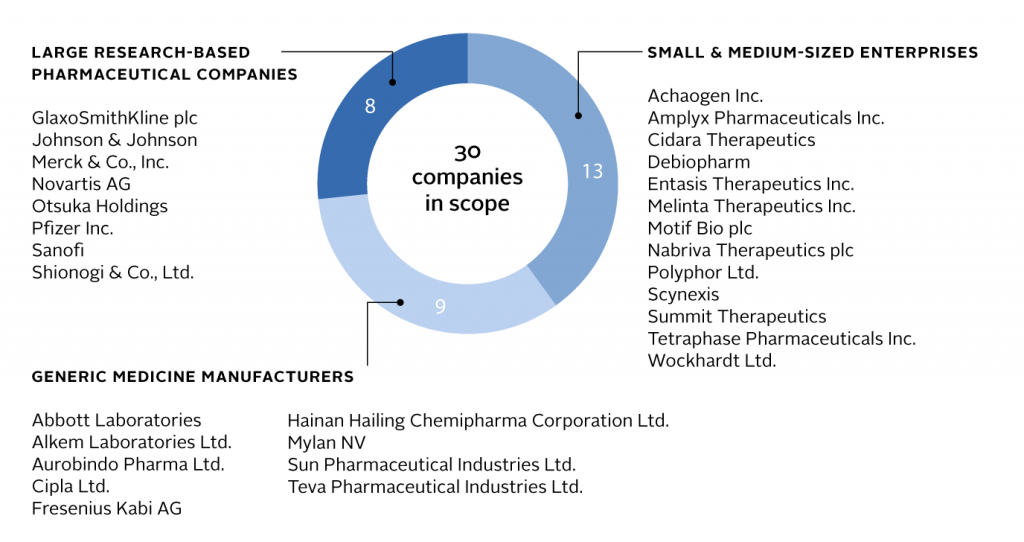 The 2020 AMR Benchmark covers 30 of the most active players in antimicrobial R&D and manufacturing and includes large research-based companies, small- and medium-sized pharmaceutical enterprises and generic medicine manufacturers.

The Benchmark looks at R&D pipelines for 18 bacteria and fungi that pose the greatest risk to human health, as identified by the WHO and by the CDC in its most recent Antibiotic Resistance Threats report. The list includes S. pneumoniae, which was responsible for 105,000 deaths in children under five in India in 2010. Gonorrhoea is also included, which infects 87 million people worldwide, with a highly resistant strain now confirmed in the UK.The Benchmark’s pipeline analysis complements Pew Charitable Trust’s recent research, including vaccines and antifungals.

The AMR Benchmark is funded by the UK and Dutch governments. A full overview of the metrics covered by the Benchmark is available here.